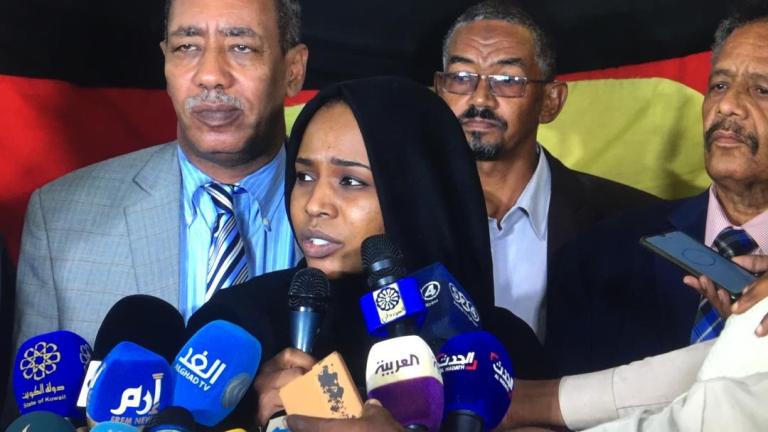 October 24, 2019 (KHARTOUM) – Minni Minawi, leader of a Sudan Liberation Movement group and a leading figure of the Sudanese Revolutionary Front (SRF) will arrive in Khartoum on Saturday.

His arrival was announced by Eltom Hajo an SRF leadership member at the Khartoum airport as he returned from Juba where he was participating in the peace talks with the government.

“Such visits enable the Revolutionary Front to strengthen its presence in Khartoum and to be close to its supporters” Hajo added.

The Sudanese government and the SRF signed Juba Declaration for confidence-building last September and a truce and a declaration of principle for the peace process which is scheduled to resume on 21 November.

The two parties say they negotiate as partners in the Sudanese revolution and pledged to conclude the process before the end of the year.

The Kush Liberation Movement Chairman Mohamed Daoud, who is an SRF leadership member, for his part, said that the delegation would engage in meetings with various political parties and forces to reach a common word on the future of Sudan.

He stressed the need to address the root causes of the Sudanese problem to achieve a comprehensive, just and sustainable peace.

Issar Khalil Ibrahim, the daughter of the late Justice and Equality Movement leader Khalil Ibrahim and member of SRF leadership said that the signing of the cessation of hostilities agreement paves the way to deliver the humanitarian assistance and step towards achieving peace in the country.

October 23, 2021 (KHARTOUM) - Yasir Arman, a member of the leadership of Forces for Freedom and Change (FFC), rejected calls by the military...