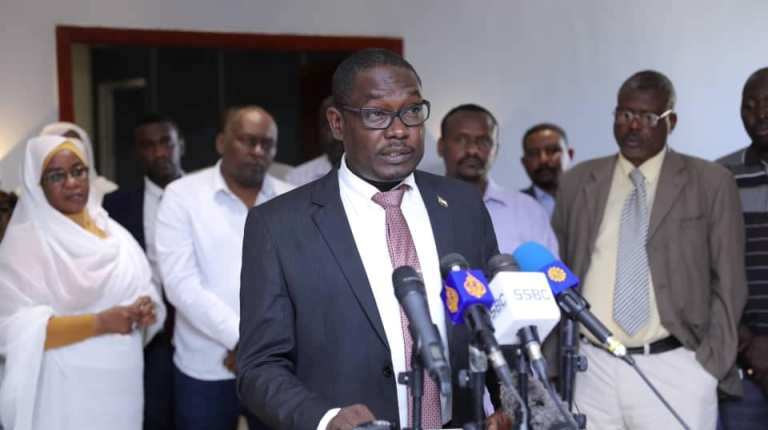 “During the meeting, the government delegation answered all the questions made by the of the SRF leaders regarding the consultative conference on eastern Sudan and the timing of its convening,” said the spokesman of the government negotiating delegation, Mohamed al-Hassan al-Taishi, told reporters.

He said that the conference will be held on the 14th and 15th January, with the participation of a high-level delegation from the mediation.

He pointed out that “the purpose of the meeting is to ensure that the issues that will be discussed within eastern Sudan track in Juba represent the vision of the social and civil components in the region.”

On December 23, the mediation announced the suspension of the talks on eastern Sudan for three weeks.

The consultative meeting on eastern Sudan initially was scheduled for 11 January but was postponed for three days.

Al-Taishi, who is also a member of the Sovereign Council announced that negotiations on the various tracks will resume Sunday.

He added the negotiating parties agree on the need to include the stakeholders in the negotiating process, pointing to the ongoing meetings with the IDPs, nomads and civil society groups in Darfur.

For his part, the SRF leader Hadi Idriss said that their delegation was briefed on the arrangements to hold
the consultative meeting for eastern Sudan.

He pointed out the readiness of the Revolutionary Front to negotiate the eastern Sudan truck at the earliest opportunity.

He attributed the slow pace of the talks during the previous days to the Christmas and New Year holidays in South Sudan, in addition to the recent tribal clashes in West Darfur.