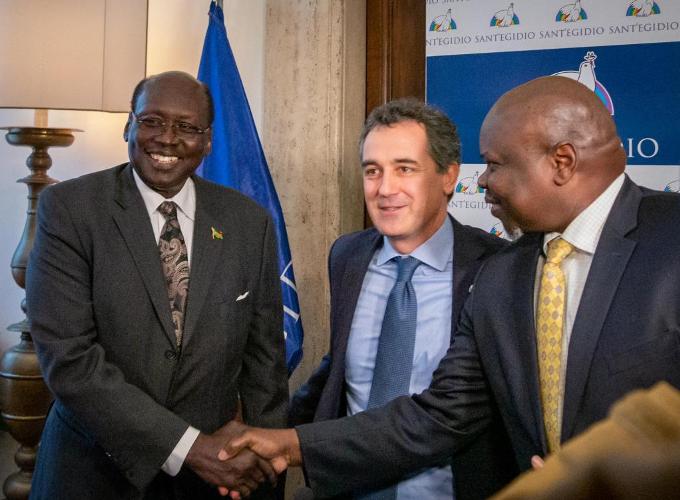 January 28, 2020 (JUBA) – South Sudan’s President Salva Kiir has given an amnesty to all the holdout opposition leaders involved in a peace process brokered by the Roman Catholic Sant’ Egidio peace group.

In a republican order read on the state-run television on Tuesday evening, Kiir granted a general amnesty to all the leaders of the South Sudan Opposition Movements Alliance (SSOMA).

The presidential pardon comes as the government and SSOMA agreed on 13 January to resume talks “under the auspices of Sant’Egidio in consultation with IGAD” to achieve an inclusive peace in the country.

The Rome Declaration includes a cessation of hostilities and humanitarian access to civilians in the conflict-affected zones. Also, the signatories committed themselves to “discuss and evaluate together – in Sant’Egidio – mechanisms to resolve differences”.