Mastercard gets green light to operate in Sudan: official 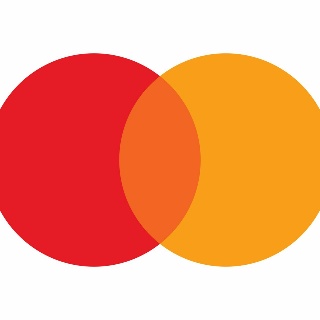 The director of the Electronic Banking Services Company (EBS) which is affiliated with the Central Bank of Sudan (CBoS) Omar Omrabi told Sudan Tribune on Thursday that the credit card issuer “assured them of their willingness to grant Sudanese banks licenses to work”.

It is not clear if any Sudanese banks applied for such a license.

Omrabi revealed that they recently held a meeting that saw the attendance of about twelve Mastercard representatives as well as the company’s regional director based in Kenya and other Dubai-based company officials.

Mastercard did not respond to repeated requests by Sudan Tribune for comment.

Omrabi noted that the attendees agreed that there would be fruitful cooperation between Mastercard and Sudan after announcing that they had obtained clearance to operate in Sudan and are now able to grant licenses to Sudanese banks.

“We are working with the company on greater options in financial inclusion, electronic payment and electronic applications, especially as the company has significant experiences in these areas,” he added.

He pointed out that Mastercard expressed its willingness during the discussions to cooperate with the banking system and the e-banking services company in distributing its card and providing its services, as well as creating strategic relationships to achieve financial inclusion and fight poverty.

The Sudanese official stressed that the continuation of negotiations with Mastercard was for the purpose of offering more options besides Visa.

He described the recent entry of Visa & Mastercard into Sudan recently as giving a clear signal to the world that the continued presence of Sudan on the US list of states that sponsor terrorism has become “meaningless”.

“These companies do not enter any country without conducting studies, research and thoroughly vetting the financial system,” Omrabi said.

He noted that the two companies represent an authority for banks and global financial systems and a sign of confidence that the country is sound in terms of financial safety and measures to combat money laundering and terrorist financing.

This month the banks of Khartoum, Qatar National & United Capital Bank began issuing Visa denominated debit cards to its customers for the first time ever.

The US economic embargo on Sudan which lasted for two decades was lifted in 2017 but the country remains on the list of states that sponsor terrorism.

The designation does not bar US companies from engaging in trade with Sudan but imposes restrictions on Washington’s support for debt relief & bilateral aid as well as the sale of American defence products.

American Express, one of the world’s largest credit card issuers, said this week that sanctions are not the reason why it has not sought to explore opportunities in Sudan.

“While Sudan is no longer subject to an OFAC comprehensive sanctions regime, there are other material compliance risk factors: business in Sudan,” Amex spokesperson Marina Hoffmann Norville said in an emailed response to questions from Sudan Tribune.

“While I cannot speak to future plans American Express may make, I can tell you that at this time we are not in the process of entering the Sudanese market,” she added.

U.S. officials insist that Sudan has several economic & reputational hurdles it needs to overcome in order to attract foreign capital.