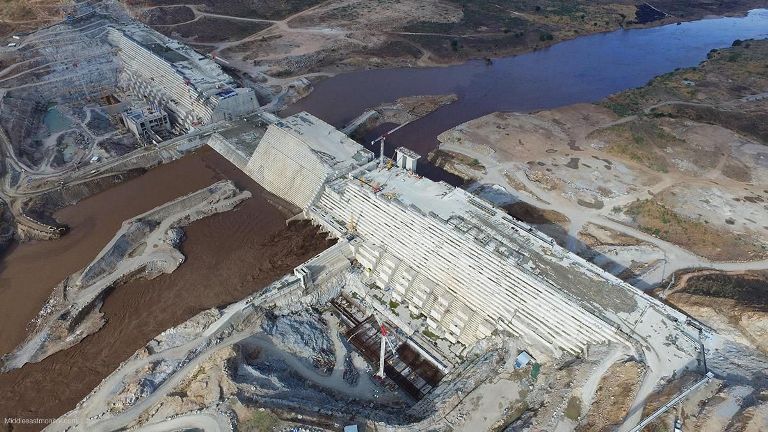 June 15, 2021 (KHARTOUM) – The Arab League on Tuesday voiced “grave concern” about the Ethiopian government’s plans to fill unilaterally the giant dam and called on the Security Council to broker a solution for the dispute.

In an extraordinary meeting held in Doha, the Arab foreign ministers showed their support for Cairo and Khartoum in their dispute with Addis Ababa over the Grand Ethiopian Renaissance Dam (GERD).

For its part, Addis Ababa blatantly rejected the call and blamed the Arab countries for supporting the “baseless claims” of Egypt and Sudan.

The Arab foreign ministers “Express grave concern about Ethiopia’s announcement of its intention to continue filling the reservoir of the Renaissance Dam during the next flood season in the summer of 2021,” reads the statement.

It said that the unilateral filing would cause damage to the water interest of the downstream countries and breach the international law and the declaration of principles of 23 March 2015.

The Arab foreign ministers further called on the Security Council to (….) “hold an urgent meeting to discuss this issue and to take the necessary measures to launch an effective negotiating process that ensures a fair, balanced and legally binding agreement on the Renaissance Dam and takes into account the interests of the three countries”.

Sudan and Egypt have already filed two separate letters to the Security Council saying the Ethiopian position represents a threat to regional and international security.

In a meeting held in Kinshasa last April, Ethiopia voiced its objection to the involvement of the United Nations in a quadripartite mediation led by the African Union.

In Addis Ababa, the foreign ministry swiftly rejected the call to involve the Security Council in the dispute.

“Ethiopia rejects the “Resolution” in its entirety. In fact, this is not the first time the League of Arab States issued a statement regarding its misguided positions on the GERD,” said the foreign ministry in Addis Ababa.

The statement further accused the Arab countries of focusing on the interest of Egypt and Sudan.

“There is no better example than this to demonstrate the organization’s unhelpful and misguided approach towards the Nile issue,” added the statement.

However, Felix Tshisekedi President of Congo canceled his plans after meeting with the Ethiopian leaders at the end of his tour.

On Monday, Sudanese Water Minister Yasir Abbas said the African Union Chairperson who was recently in Khartoum spoke with them about a possible mediation by the five permanent members of the UN Security Council.

S. Sudan group says not targeting anyone for prosecution