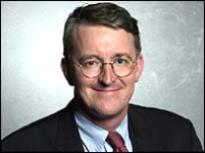 A proposal to finally accept a ruling over a border dispute that sparked a devastating war between the counties between 1998 and 2000, was adopted by Ethiopia’s parliament on Thursday.

Although Meles’ proposal maintains that the April 2002 drawing of the border by the Ethiopia-Eritrea Boundary Commission is “illegal and unjust,” his five-point plan calls for its acceptance “in principle”, signalling a major policy turnaround.

“This is a welcome development. It represents an important step forward, which the international community has been urging the Ethiopian government to take,” the statement said.

“We hope that Ethiopia and Eritrea can now move forward together towards the resolution of this long and tragic dispute. The UK stands ready to help in any way we can.”

Once wanderers in war-torn Sudan, now they work for nation’s recovery