LONDON, Feb 24 (Reuters) – British-based oil exploration firm White Nile , whose shares soared within days of its listing, said on Thursday it expected to publish full details of a recently-signed deal in southern Sudan next week. 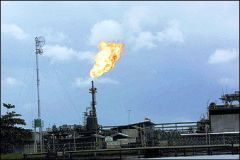 Shares in White Nile were suspended last week pending more information of an agreement to acquire a 60 percent stake in the 67,500 square kilometre Block Ba – containing part of the key Muglad Basin production area – from the government of South Sudan.

Development Director Andrew Groves said lawyers were putting the finishing touches to the details with the body run by the southern rebels after a peace agreement in January ended a 21-year civil war.

“Everything is done… We are now waiting for the legal team to dot the Is and cross the Ts,” he told Reuters in a telephone interview.

“We are in the hands of others; (like) our lawyers and nominated advisers,” he said, but added that the company expected to publish details of the deal and see the resumption of trading in its shares between Wednesday and Friday next week.

Shares in White Nile, whose chairman is former England cricketer Phil Edmonds, had jumped to 137 pence from 10p on its Feb. 10 market debut on London’s junior AIM market, valuing the business at more than 210 million pounds ($401.1 million).

The Sudanese central government in Khartoum told Reuters this week it was the only body authorised to grant oil exploration contracts in Sudan and had not awarded White Nile any concession.

Groves, however, said: “We have signed the deal with the southern government’s Nile Petroleum Company which has all the rights… Our lawyers have been down there and we are all comfortable about that.”

The government in Khartoum signed a peace deal with the southern rebel Sudan People’s Liberation Movement (SPLM), under which oil revenue would be split between the north and the south of the vast African country.