Ethiopia’s Zenawi registered to vie for a parliamentary seat

ADDIS ABABA, Feb 27, 2005 (The Reporter) — Information obtained from the Ethiopian National Electoral Board says though Prime Minister Meles Zenawi has registered to vie for a parliamentary seat in Adwa, Tigray Regional State in northern Ethiopia, representing the TPLF — Tigray People’s Liberation Front, dominant party in the ruling coalition — in the May elections. 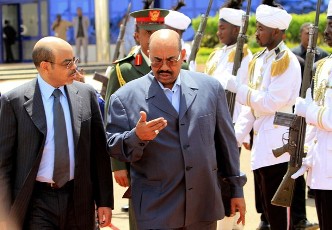 No party or private candidate has registered to contest the seat against him. The board said it was unclear why there were no opposition contestants.

Asked why they did not field a candidate in Adwa, the head of the recruitment and fielding of candidates department of the opposition Coalition for Unity and Democracy, Chekol Getahun, said:

“Though the EPRDF claims that a code of conduct is in place, it has issued a directive to the effect that candidates in some areas should not be challenged. Since the code of conduct was never published, the pubic knows nothing about it, thus it is not widely used.”

“People in Tigray Regional State, particularly in Adwa raise questions, directly or indirectly, as to what we can do for them in the event of any problem they may face for electing us. Candidates as well have fears, but we do not have the capacity to give them guarantee.”

“This is the main reason for the problem, though there are a number of other reasons as well. For instance, one of our candidates in the south has been forced to withdraw his candidacy after being harassed by EPRDF cadres.”

Material provide by the BBC Monitoring Service, original text in in Amharic.

Talks between Khartoum & Juba on oil break down despite AUHIP efforts