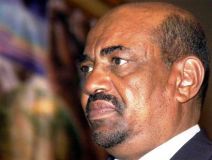 El-Bashir made the remarks while receiving a message from his Nigerian counterpart Olusegun Obasanjo, which was delivered to him by visiting Nigeria’s former president Abdu-essalam Abu Bakr.

El-Bashir appreciated the role played by Nigeria and the African Union (AU) with Obasanjo as its current chairman, on the Darfur peace process.

Abu Bakr said his visit to Sudan and his meeting with the Sudanese president was aimed at seeking a solution to the Darfur conflict as soon as possible.

He described his talks with el-Bashir as “good and useful”.

Meanwhile, Majzoub el-Khalifa, head of Sudan’s government delegation to Abuja peace talks with the Darfur rebels, hoped that the upcoming summit of the New Partnership for Africa’s Development (NEPAD), due to be held On Tuesday in Egypt’s Red Sea resort of Sharm al-sheikh, would push for ending the Darfur crisis in the next round of talks.

The NEPAD summit would fix a specific time for the next round of peace talks in Abuja between the Sudanese government and the Darfur rebel groups in coordination with the AU, he said.

Rebels in Sudan’s western Darfur region took up arms against the government in February 2003, accusing it of neglecting the barren area and arming militia to burn, loot and kill local farmers.

During the two-year violence, thousands of people have reportedly been killed and more than one million displaced.

AU-sponsored peace talks in the Nigerian capital of Abuja have so far failed to yield result.