July 18, 2010 (WASHINGTON) — The Sudanese Embassy in Washington today strongly criticised an opinion piece co-authored by John Prendergast, the founder of the U.S. based campaigning group Enough over his assertion that the referendum on southern secession due to take place next year will be delayed or not recognised by the government. 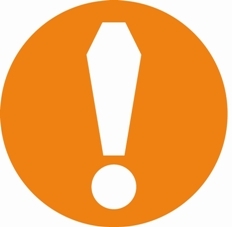 In a letter to the New York Times published on July 18, the Embassy said that Sudan’s government, ‘is not only prepared to recognize the outcome, but has also called on the international community to witness and engage in the process to ensure a fair and transparent exercise.’

The original opinion piece by Prendergast and author Dave Eggers, ‘In Sudan, War is round the corner’ claimed that, “all signs indicate that the Khartoum government will undermine the voting process or not recognize” the results of the referendum on southern independence due to take place in January 2011.

The referendum was agreed between the former southern rebels the Sudan People’s Liberation Army (SPLA) (the military wing of the SPLM who now govern southern Sudan and the Khartoum government in a peace deal signed in 2005.

“The ruling National Congress Party has stalled on virtually every pertinent part of the peace agreement, and the national and local elections in April — which most international observers agree were stained by fraud — are a foreboding precedent,” the article said.

“If January comes and goes without a referendum, or if the results are manipulated, then fighting will break out. Both sides have been arming themselves since the peace agreement, so this iteration of north-south violence will be far worse than ever before. And if war resumes in the south, the conflict in Darfur, in western Sudan, will surely explode again”.

The article disagreed with the Obama administrations special envoy to Sudan, Maj. Gen. Scott Gration, who recently said that the US had no leverage with the Sudanese Government.

The Comprehensive Peace Agreement that ended 22 years of war between north and south is one the United States “owns”, they argued due to the Bush administration role in bringing it about.

Prendergast and Eggers urged the U.S. State Department to develop a more robust package of carrots and sticks to Sudan that could be implemented out multilaterally or unilaterally.

As incentives they proposed that if ‘true peace comes to Sudan, we could offer conditional, one-year suspensions of the International Criminal Court warrants and normalization of relations between Khartoum and Washington. And experienced American negotiating teams should be deployed immediately to support African Union and United Nations efforts already under way to end the war in Darfur and prevent one between the north and south, just as we did with the 2005 deal.’

In response the Sudanese Embassy in Washington said that the suggestion that the United States offer one-year suspensions of International Criminal Court arrest warrants, “simply proves Sudan’s point: that this court is a perversion of justice and a mere political tool to accomplish political ends. For how else could the United States exert any influence on a court that it doesn’t even recognize?”

The Embassy advised United States policy makers that they would be “best be served by paying less attention to interest groups disguised in humanitarian outfits that make absurd demands on their government, as epitomized in the claim that the hard-won peace [between north and south] is one that the United States owns”.
(ST)

October 25, 2021 (WASHINGTON) - The United States has suspended $700 million of economic support to democratic transition in Sudan, U.S. Secretary of State...

Military takeover in Sudan is “unacceptable”: US Feltman

October 25, 2021 (KHARTOUM) - Jeffrey Feltman U.S. Special Envoy for the Horn of Africa condemned the military takeover, saying it was "unacceptable". "The U.S....
Advertisment